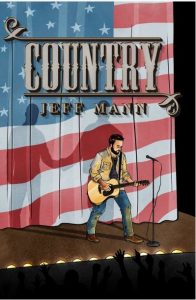 “Gay writer and educator Jeff Mann is nothing if not prolific. With the publication of his new novel Country (Lethe, 2016), and two more forthcoming 2017 titles, Mann has written 17 books and contributed to more than 100 anthologies. The timely Country is a fictional examination of what happens to the life and career of country music superstar Brice Brown when he is outed as being gay. Along the way on his journey, Brice comes up against outspoken and occasionally violent opponents, unexpected fans and supporters, unscrupulous journalists, hateful religious fanatics, and, ultimately, a young gay man named Lucas, whose own traumatic life experiences put Brice’s into perspective. I spoke with Mann about the novel at the time of its publication in the fall of 2016.”

Read more of the interview HERE.