This is Miss Ilene Over and I can report that Jeff Mann was represented at the North American Bear (NAB) weekend in Lexington, Kentucky just this past weekend.

Due to illness in the family, Jeff was unable to make the sojourn to Lexington, but graciously sent me and another friend in his and his husbear’s place.  We set up a lovely display table and spent Friday and Saturday meeting and greeting. 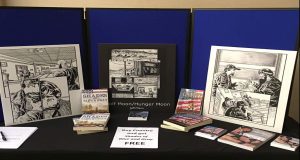 The display for the weekend featured autographed copies of Jeff’s new novel, Country.  Country is set in the 1990’s and follows the story of Brice Brown – a successful and on top of the charts country music star.  However, after a nasty incident of outting by an ex-boyfriend, Brice’s career crashes, his life hits rock bottom, and he is left singing nothing but the blues. 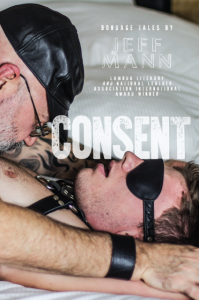 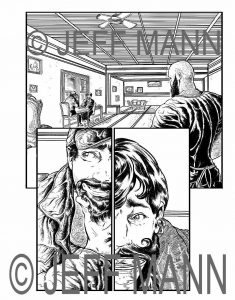 Wolf Moon/Hunger Moon, a graphic novel that continues the story of Derek the vampire and his human lover Matt.  These two love finding a little morsel to play with, but are somewhat surprised when the waiter they find at a diner is more than a hot cub.  He is also a werewolf.

North American Bear Weekend organizers were superb hosts and we hope to return again.  Watch for more information on the release of these new projects and of course, visit Lethe Press and pick up your copy of Country today!