It is madness!  Check out the cool things Jeff has going on this month!

Lambda Literary, the nation’s oldest and largest literary arts organization advancing LGBTQ literature, announced the finalists of the 29th Annual Lambda Literary Awards–or the “Lammys,” as they are affectionately known. They were chosen from nearly 900 submissions and over 300 publishers. Submissions came from major mainstream publishers and from independent presses, from both long-established and new LGBTQ publishers, as well as from emerging publish-on-demand technologies. Visionary and Trustee Award honorees, the master of ceremonies, and celebrity presenters will be announced in April. The winners will be announced at a gala ceremony on Monday evening, June 12, 2017 in New York City.

PS:  You can pick up a copy of Country right now from Lethe Press for only $16.00 as a part of the Lethe Press anniversary celebration!

HOME IS WHERE THE ART IS: OR IS IT?

So many complex emotions are tied up with the idea of home, and so much great 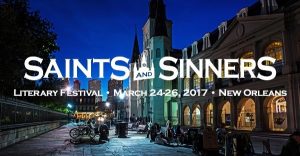 writing is inspired by it. Is home the place you come from or the people you love? Can you ever go home again? This is often complicated for LGBT writers whose level of acceptance is tied up with the place they came from. Home is often the place you must escape to become fully yourself. Martin Pousson and Martin Hyatt are both writing about growing up in small town Louisiana, yet they have found homes in Los Angeles and New York. Must you really leave a place to see it clearly? Sheila Morris has collected oral histories for her forthcoming book, Southern Perspectives on the Queer Movement: Committed to Home, about making a stand for the place you love. Rich Barnett has made Rehoboth Beach his own, and Jeff Mann is inspired by his home in West Virginia. 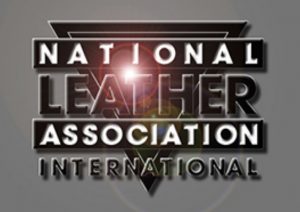 Vulture chronicles the life and times of one the world’s most under-appreciated and overlooked birds: the turkey vulture. Part ecological memoir, part travel narrative, part scientific exploration, and part love story, this book examines the roles turkey vultures–and all vultures–play in healthy ecosystems. Fallon travels to India, Arizona, Virginia, Pennsylvania, and her own backyard in her quest to study, care for, and observe this often unloved though vitally important (and uniquely beautiful!) bird.

To celebrate their anniversary, all backlist titles are $16 OR LESS  Help celebrate and 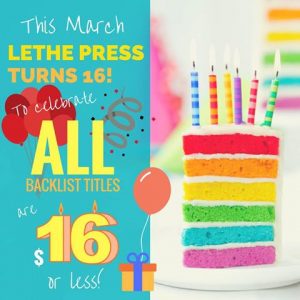 support Lethe Press by picking up some of the great books they offer!

Lethe Press is an independent publishing house specializing in speculative fiction and books of queer interest. Named after the Greek river of memory and forgetfulness, Lethe Press is devoted to ideas that are often neglected or forgotten by mainstream publishers. Founded in 2001 by author Steve Berman, Lethe Press has grown steadily to become one of the larger gay presses. We are the number one publisher for LGBT speculative fiction–no other press has won the Lambda Literary Award for that category so often (not only five times but five times in a row). We know our fantasy, our science-fiction, our horror.

Industry magazines such as Booklist, Kirkus Reviews, and Publishers Weekly have given our titles starred reviews. Our books have been numerous finalists for–and won several times–such awards as the Andre Norton, Golden Crown Literary, Lambda Literary Awards and the Shirley Jackson Awards. Our anthologies have featured the works of many acclaimed and New York Times best-selling authors.