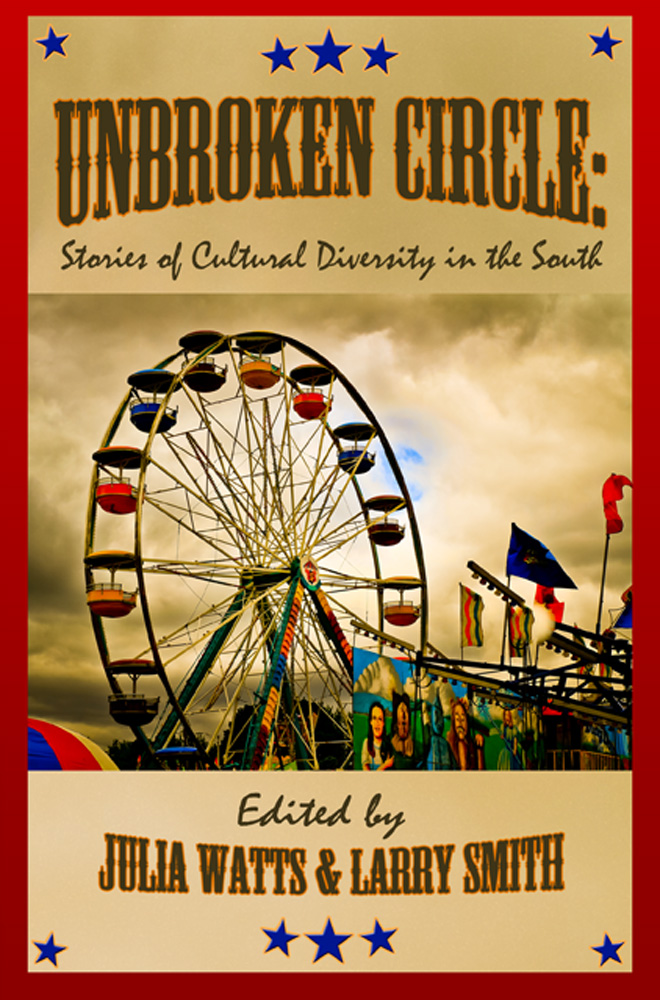 Unbroken Circle: Stories of Cultural Diversity in the South, an anthology edited by Julia Watts and Larry Smith, is officially released today.

One of the goals of Unbroken Circle is to subvert stereotypes—to show that Southern people are not simply shoeless rural white people. We are a people as varied as the Southern landscape, from the mountains of Appalachia to the deltas of Mississippi to the skyscrapers of Atlanta. We are black, white, Latino, Native American, Middle Eastern, Asian, and multiracial. We are Christian, Jewish, Muslim, Buddhist, Hindu, Wiccan, atheist and agnostic. We are lesbian, gay, bisexual, transgender, queer, straight, and questioning. We are urban and rural, old and young, poor and rich, and all points in between. We are all these things, plus more that don’t fit into neat categories. — Julia Watts

Jeff’s essay, “Big Queer Convocations,” which is about queer friends gathering in the mountains of West Virginia, is in the anthology.  You may purchase Unbroken Circle: Stories of Cultural Diversity in the South, from Amazon.com or Barnes and Noble.