Later that day, I read a short excerpt from my latest novel, Insatiable, in a reading series that included, among others, J.R. Greenwell, whose drag-queen-themed books I bought as a gift for my favorite d 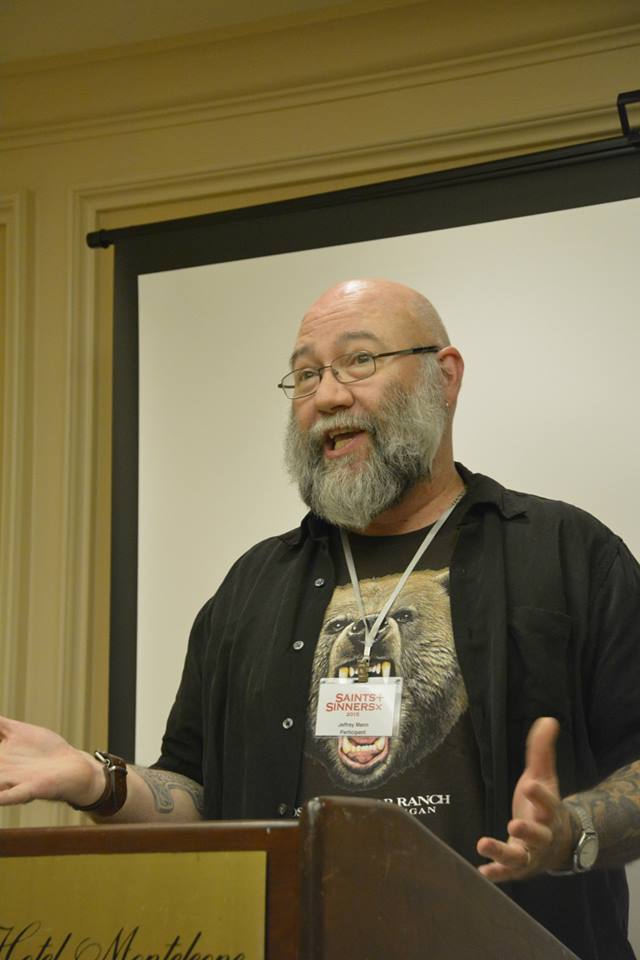 rag queen, Miss Ilene Over, and Andrew Holleran, whose fiction and creative nonfiction I’ve admired since my college days at WVU. Following that, I participated as a panelist in “Historical Fiction: Once Upon a Time,” speaking about my Viking and Civil War fiction. After a Vieux Carré cocktail, compliments of speculative fiction writer Richard May, John and I attended the SAS book launch reading (we particularly enjoyed hearing Jameson Currier read) and then battened on seafood at Mr. B’s Bistro.

Sunday the 25th, I spoke as part of another panel, “Out of This World: Fantasy, Sci Fi and Horror,” where I discussed the vampire fiction I’ve set in my native Appalachia. After the SAS closing reception, John and I tugged on dress clothes (I can never remember how to tie a tie) and enjoyed dinner at Galatoire’s. Their filet mignon was just right, and the fried eggplant, oysters Rockefeller, and soufflé potatoes were a real treat. 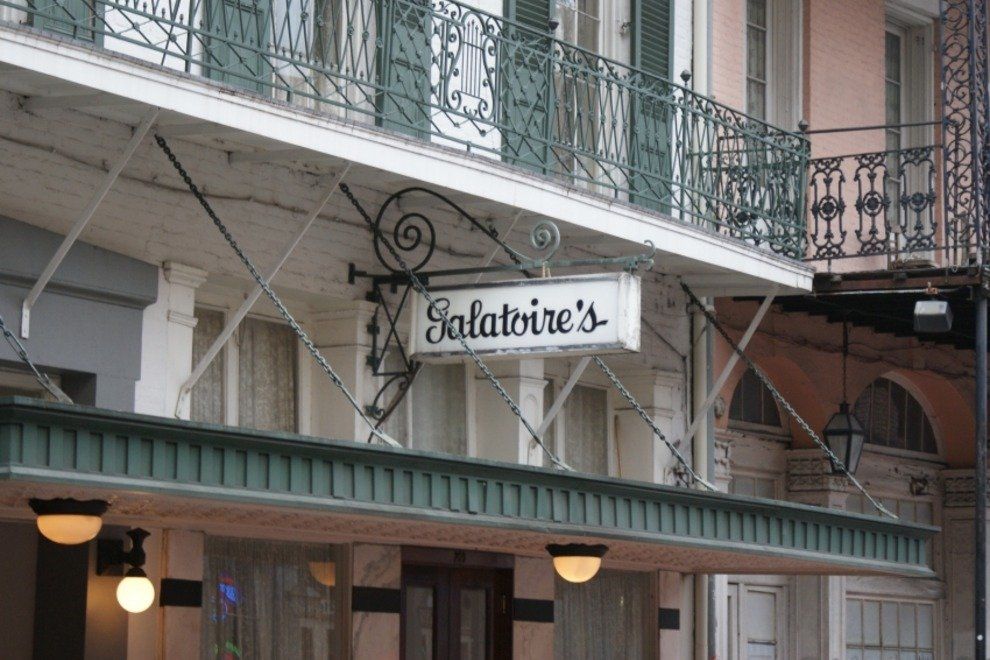 Galatoire’s is another restaurant that’s poetically inspired me. The following poem appeared in my fourth poetry collection, A Romantic Mann.

with crabmeat and bits of shrimp.
French bread to chase each stray morsel
about the plate. Creme caramel to finish,
richer than many remembered kisses.
How many novels and movies brought

you here? You are finally fiction
for an hour or so, pushing aside
the plates now, settling back, sipping wine.
Street grime and humidity, inadequate
reality’s left at the door. And the empty

chair across from you? That ripest
fruit of fiction? Lovers
who could have been here?
Long ago exposed, damned, dismissing
or dismissed. Here no one’s needed.

Conversation would be distraction.
Put down the empty glass, pull out
the credit card, rise. End this lyric
of elitist elegance with a short,
muttered hedonist’s prayer:

Thanks for delights needing no one’s
consent, delights those alone
can arrange themselves. Thanks for
the blessings of crabmeat and bourbon,
those joys too sweet to be shared.