Great news!  I can finally announce that Julia Watts and I are co-editing the first-ever anthology of LGBTQ Appalachian fiction and poetry.  It’ll be published by West Virginia University Press in Spring 2019. 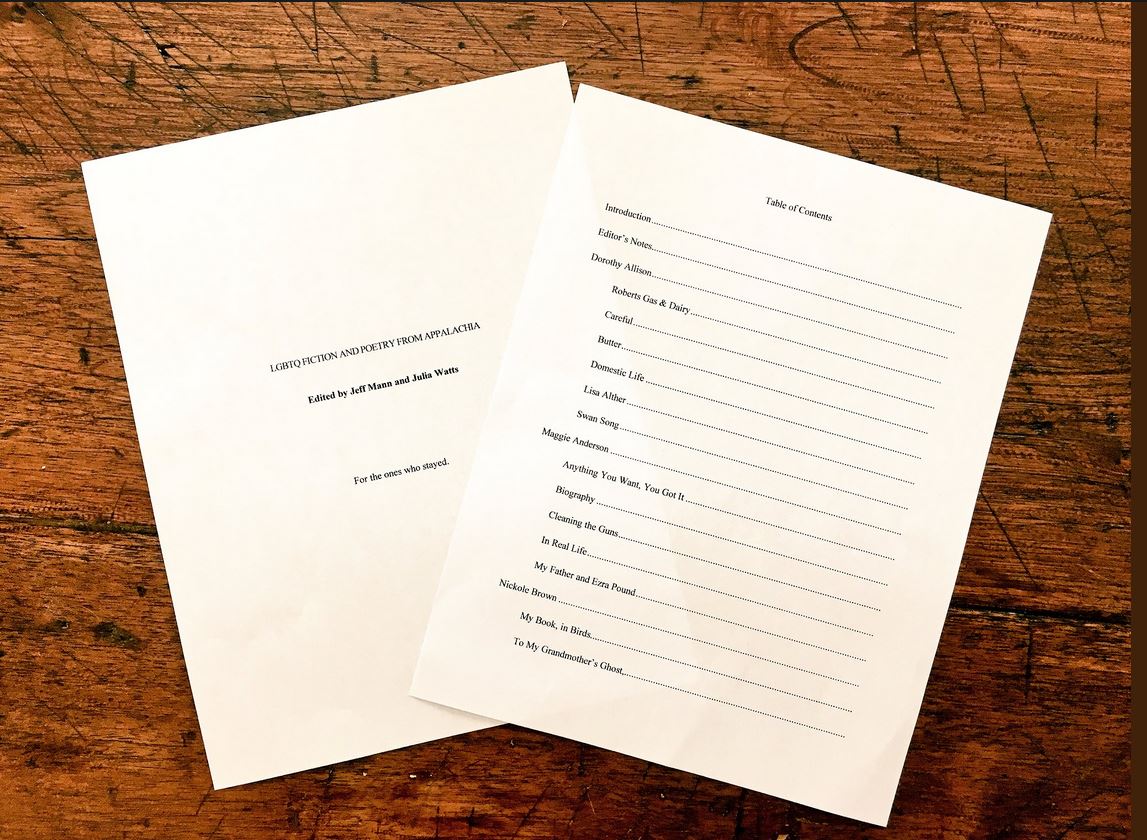 Here’s the background story.  In April 2017, while I was in Morgantown to give a reading at WVU, Abby Freeland, the Marketing and Publicity Director and Fiction Editor at WVU Press, asked me if I’d be willing to edit an anthology of contemporary writing by LGBTQ Appalachians.  I’d been asked to edit volumes before, but I’d always declined, wanting to focus my creative energies on my own writing.  But this project seemed too important and too one-of-a-kind to pass up.  So I agreed.  Julia Watts, with whom I’d worked before, agreed to be my co-editor, and she’s been absolutely delightful to work with.  Her sense of humor has gotten me through the occasional editorial difficulty.

In September 2017, Julia and I began inviting writers to submit material.  After two outside reviewers sent in helpful suggestions this spring, we added a bibliography to the manuscript (one adapted from J. Tyler Chadwell’s bibliography), as well as a more formal introduction, and we invited a few more writers to submit.  After the press receives the last permissions forms, the MS will move on to the editorial department.